Last weekend after I got officially resigned from my previous company, I spent the weekend off to Bandung, as I had planned like 2 weeks before. Yayness!!!

Not without challenges, though. First, I got no reservations in any travel to Bandung. All full booked. Yeah, partly my fault because I underestimated it and tried to book the travel just on the last days. So then, I chose to go by train. Have you ever tried the train to Bandung? The view is great I tell you. If you’re in no hurry, try it sometimes, 3hrs trip. Taking more time than travel, but enjoyable. So off to Gambir I went! 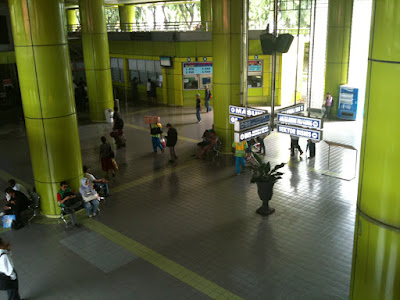 But it was not that simple. Nope.

I got challenged by my friend who accompanied me to Bandung, why don’t I ride a bike? And take it to Bandung? By train? Whoaa.. It was a call for adventure. And me, being impulsive, and excited of the idea itself, I took the challenge, haha! The bicycle is a city bike, and fits nicely *after got set up of course*.. haha.. The trip to Gambir is not that bad, the road’s fairly flat. It’s just the other vehicles and the pollution that bothers a lot. I’m lucky I got a biking coach to accompany me hehe.. Off we went to Gambir around 6.30 in the morning, to catch the 8am train. 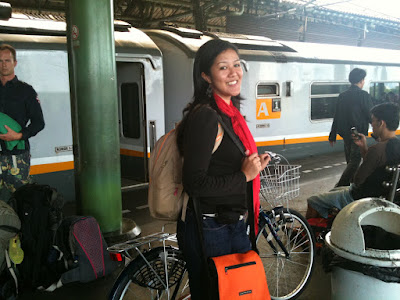 8am train plan was a failure, though. Yep there’s 8am train but only on Mondays. D’oh. Fail number one. So we bought tickets for 9am train.

Which turned to be another blunder!!
Why so? Well, apparently the train decided to change its lane god-knows-when-did-they-announce-it, and so if you see the pic above, than was me waiting for the train to come at lane 4, but the train was already behind me on lane 3!! Of course I realized this much later when it’s too late already.

So yeah. We missed the 9am train. We hopped into 11.30am train instead, the next train after 9am. What a waste of time. Yup. But oh well, I chose not to sulk over our miserable path. Tried to take it casually, for when shit happens, the only thing we can choose to differ is our reaction. Right? On 11.30am train, firstly we sat at the “gerbong restorasi” -what’s that again in English.. That’s because our tickets are still the ones for 8am train. Finally after some ‘good talk’ later on, we managed to get proper seat. And I did enjoy the trip and the beautiful sceneries along the way :D 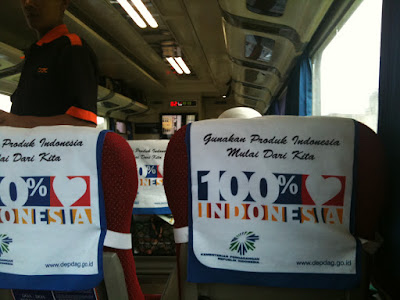 I guess that’s it for the first part. Will continue telling the fun in part two! :D 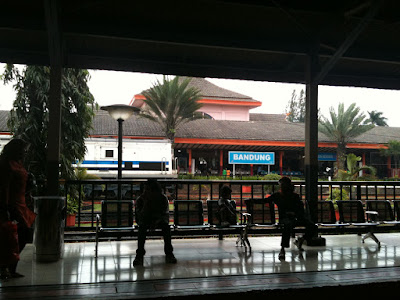