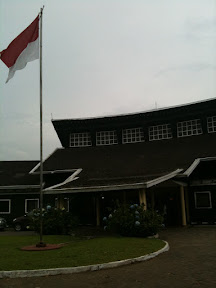 I went to Bumi Sangkuriang on that Saturday afternoon to have a peek of WordCampID. Not on the bike, no. The route was too hilly and steep to that Ciumbuleuit / Kiputih up there.
Bumi Sangkuriang (as shown in picture above) was like a multi function venue, there’s hotel, restaurant, medium sized halls to rent that used for conferences and even weddings. While WordCampID was held there, there was a wedding celebration held that Saturday night :)

It’s indeed a nice place where they have wide grassy backyards, good view too. Once, I remember, I attended an event there who turned the backyards into crowds of tents for semi outdoor party. But that’s another story. 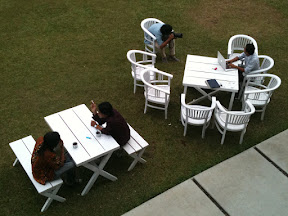 Apparently that afternoon I arrived just when the WordCamp board games was starting. And I got lucky to join one of the tables to play the games :D Even luckier, I won the round, by fat luck :))

Later on that night, I had a reunion with my uni friends. We had girls confession session and it was a dear fun. Had a surprising announcement that one of us had actually got married while she’s abroad. Happy for her! And this is one candid picture I like so much :D 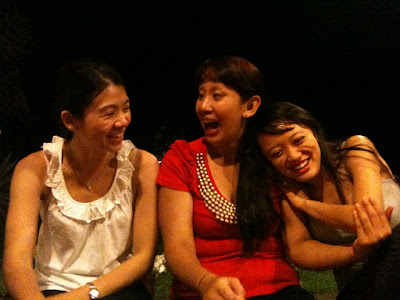 When Sunday morning came, I chose to wake up early, get the bicycle from my friend’s place, and then off we go to Car Free Day Bandung, at Dago! :D Before that, I also managed to have some jogging session at Unpar area, and I actually enjoyed taking pictures so much rather than the jogging :) 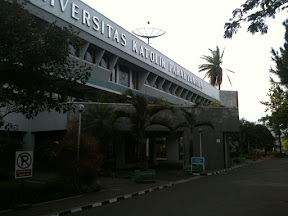 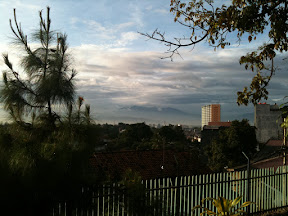 Now move to the CFD experience.It was packed!! Too packed that after we successfully gathered in front of Borromeus, and Radix joined, we decided to detour, get away from the crowd, heading to Dago atas – not CFD zone. 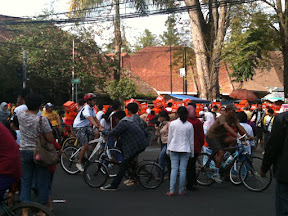 The road was not easy, especially for me, being the one who just started to ride a bike the day before. It was very tiring, and I just got as far as Dago Tea House area. But we had quite a beautiful view already!! 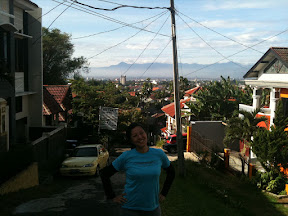 I’m happy enough with what I got, afterall I gotta return to hotel, checking out and then I planned to attend the WordCampID session again that day.

The WordCamp session was a bit too technical at times. But I suppose most of the attendees just love this event. *cough*

Okay, what came up later on, was really the part that made me quite worried. First, the traffic down from Kiputih via Ciumbuleuit was overloaded. Apparently it was caused by the entrance test of Unpar, which took place that very day. The angkot I took was literally got stuck. Not moving much in minutes! I decided to leave the angkot and walked down, and it was faster than waiting for the traffic to move indeed. See the picture below, it was taken even before I passed Unpar. 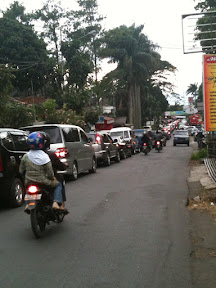 Then once I reached my friend’s place where we keep the bike, it started to rain. The rain got even bigger and steady, from about 5 to 6. I got really worried back then, for it was raining like it wouldn’t stop… Since I brought bicycle to Bandung, that means I gotta bring it back to Jakarta, right? That would mean I really should take the train back. The afternoon schedule for train were 4.30pm and then 8pm. None other. So I gotta go for 8pm train, and be at the station before 7pm, because that’s the time the close the ticket selling.

One hour felt like hours while waiting for the rain to stop..

When it finally stopped, we’re so ready to cycle back to the train station. Cancelled the plan to stop by Eiger, though. Off then we go on bike, via Cihampelas.

And that was where the traffic piled up on Sunday night. We literally cycled through traffic, and water puddles with some mud here and there. And to top it up, it started to rain again. No pictures, because I haven’t mastered the trick to do that while I’m cycling, and because it rained, of course.

We arrived at the station about 15 minutes to 7pm, pretty much drenched, and the ticketing is still opened. Yay! Oh but wait.. once we checked and asked the ticketing officer.. The 8pm tickets were already sold out!!!!! For goodness sake! There was an option to take the earliest next day train.. but since the coming Monday (Jan 31st) was my first day in new office, I really prefered not to. Especially since the train was 5.30am. With 3hours trip time, I wouldn’t make it on time to my new office. That wouldn’t be good.

After some confusion and doubt, finally it was decided. I was to take a travel to Jakarta, leaving the bike behind with my friend, who will take care of it. In the end he finally rent a car to take the bike home to Jakarta. He did got 2 extra tickets for the train, amazingly (after a lil conversation with the station head), but the train left behind without him because he was ‘too busy’ with something else, and realized his mistake a few minutes too late. Haha!! 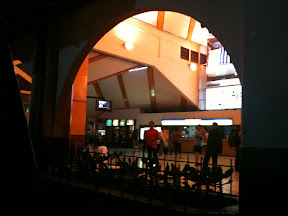 The view of Bandung Station

I slept almost all the way through the trip to Jakarta, arrived safely near Gambir, and then had McD supper later on, because I skipped the dinner. Overall that was quite an adventure! Not so fun when I experienced it, but now when it’s over and I tell others about what I had, it was stupid and funny, LOL.

Moral of the story? -oh yeah, I actually (finally) write about my weekend for a reason-

When bad things happen to you (like the train left you behind, you’re late for a wordcampID, rain washed you all over, and you’re out of ticket to go home)… try not to get in the bad mood straight ahead. I know that’s tough and not easy, but life still goes on and you’ll get through it. And when you look back and reminiscing what had happened, sometimes it’s good, it adds the spice of your life.

Okay I’m starting to digress and blabbing of things I don’t know. Friday night had started so I gotta go.

Lastly, have some cheers with this home-made sangria!! 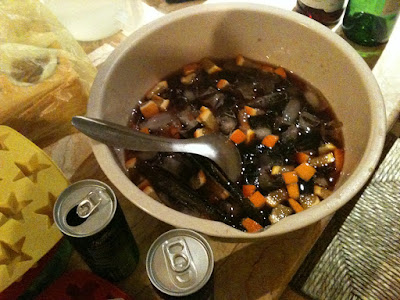